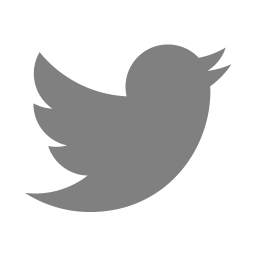 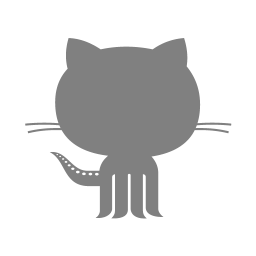 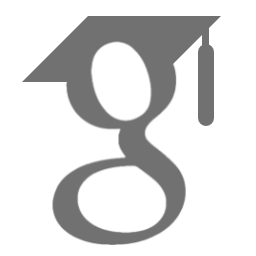 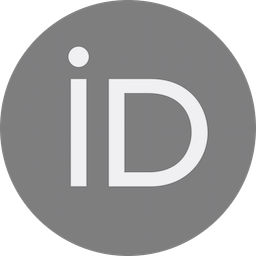 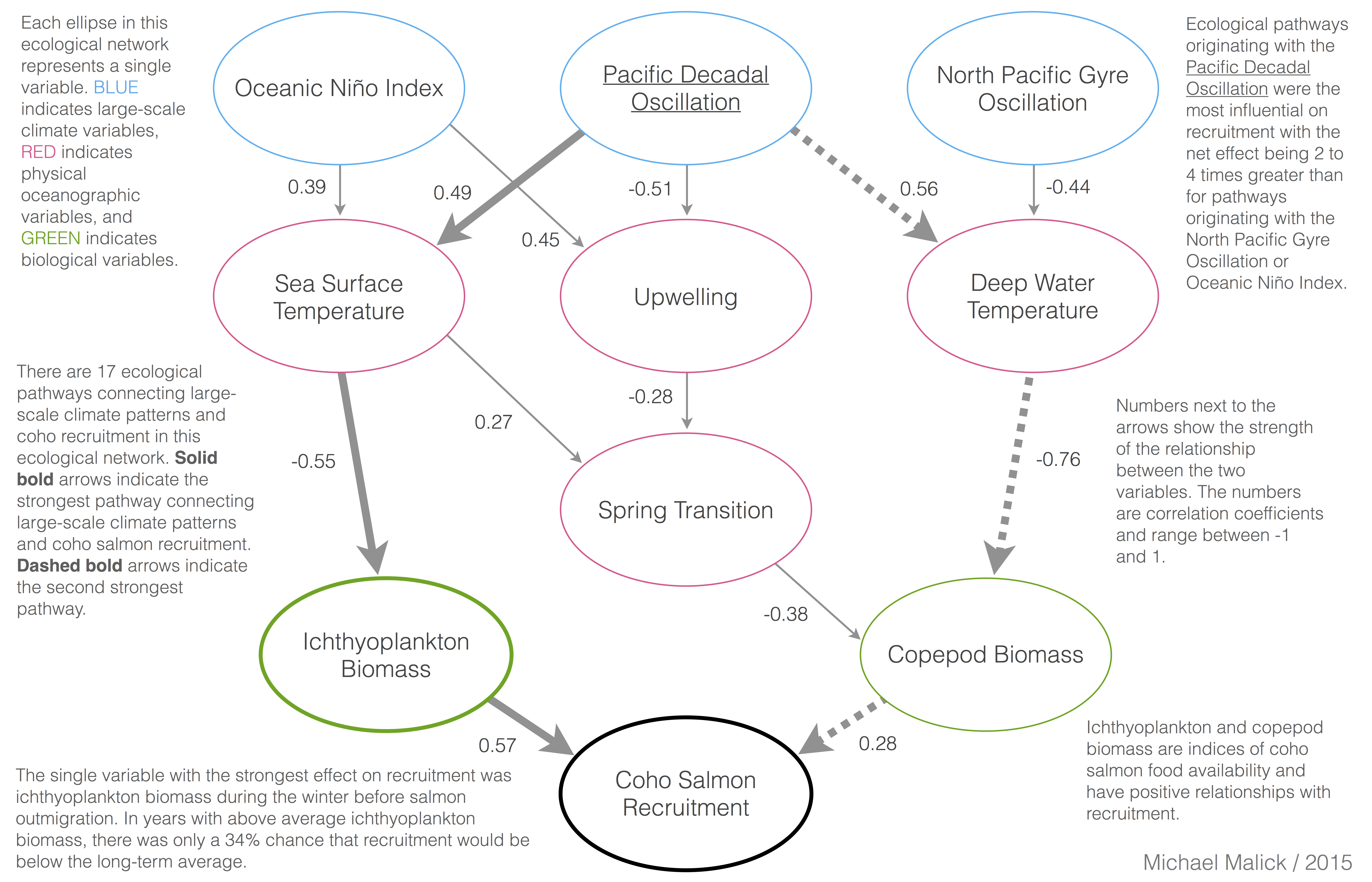 Because pathways linking climate to population dynamics of higher-trophic-level fish species often involve a hierarchy in which regional-scale physical and biological processes mediate the effects of large-scale climate variability, we used probabilistic networks to investigate 17 potential ecological pathways linking climate to salmon recruitment. We found that pathways originating with the Pacific Decadal Oscillation were the most influential on recruitment, with the net effect being two to four times greater than for pathways originating with the North Pacific Gyre Oscillation or the Oceanic Niño Index. Among all environmental variables, sea surface temperature and an index of juvenile salmon prey biomass had the greatest effects on recruitment, with a 76% chance of recruitment being equal to or below average given that ocean temperatures were above average and a 34% chance of recruitment being below average given that prey biomass was above average. Our results provide evidence that shifts in climate patterns could strongly influence recruitment simultaneously through multiple ecological pathways and highlight the importance of quantifying cumulative effects of these pathways on higher-trophic-level species.